In the beginning of this summer the whole virtual reality community was triggered by some leaks and a couple of videos posted by Meta. It’s well known that the last version of the portable Meta VR headset – Oculus Quest 2 was launched almost two years ago. Such a long time for modern days. Obviously Meta has released some cool features and software updates in this period. For instance, improved versions of the hand tracking and Oculus Link connection via Wi-Fi become key features, which have already moved VR user experience to a top level. This type of headsets – standalone Android powered devices with ability to connect to your PC has a huge fan base. Maybe they are bigger than AR wearable tools, but these headsets are powerful enough to launch some mid level graphics games and they are simple to use and transport. But something changed since the Quest 2 release. More and more AR devices like HoloLens 2, Tilt Five and Magic Leap 2 completely changed the way we imagine the next generation of VR headsets. Is it possible that the next Oculus Quest release will finally blur the line between AR and VR devices? Let’s try to guess.

The key feature shown in the newest Oculus prototypes is a bunch of color passthrough cameras. Some iconic VR games like Cubism or virtual versions of Minecraft already have their mixed reality ports.

Unfortunately, current Quest’ hardware doesn’t allow us to use color passthrough view. You can only imagine how this kind of games could look like in the full scale colored surround with higher frequency cameras and built-in surface recognition. Moreover, even now, Oculus hand tracking and gesture recognition mechanics allow users to totally avoid physical controllers attachment. Every piece of the default user interface like menus, gallery and web browser is available to hand’s control. Just look at the couple of YouTube videos where developers spend all day long working on wearing a headset linked to their PC and keyboard. Oculus UI is easier to use by touch or laser manipulators. It is faster and more suitable than other AR-based platforms. The ability to integrate these input features is already built in the default Oculus SDK. You can create new gesture patterns, custom hand snapping animations and put it into your app. This advantage to control everything just with your hands pushes the user experience very close to AR feelings. But not only games can be used as a reference for our mixed reality future. The second biggest sphere in this type of software is educational platforms. All kinds of training systems, simulators and other e-learning stuff could be improved by the new control and surround features. It’s well known that visual and tactile memory can have a significant influence on the global studying process. Different haptic events, environments, combination of virtual and real images is a guarantee of a successful education pipeline. For instance, our development studio already created a stack of simulators for engineers that can be used as a part of personal training. They are based on the realistic 3D models with intuitive controls, which looks more usual than default old-style VR controls.

XR training system by Room 505 Studio based on the passthrough feature.

These simulation apps are cheap, easy to upgrade and adapt to personal requirements of each user. Such applications also move us towards a realistic mixed reality experience based on the standard VR headset

Let’s put everything together. Even the last generation of Quest has built-in mixed reality features and they have more pros than cons. What are we waiting for from the upcoming updates? As it was stated by Meta, foremost it will be improved colored passthrough cameras with higher FPS level. In addition, more hand controls mechanics and gestures will be included. Of course, surface and separate item recognition features will be a nice bonus to game developers. After all it may be some hint or Easter egg for the community, that no physical controllers were shown in the videos. So, will the next generation of Oculus Quest be a first world wide mixed reality headset without any physical controls? I hope that we will prove it this year. 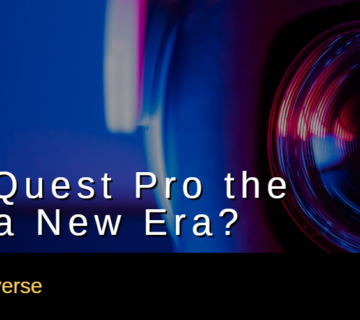 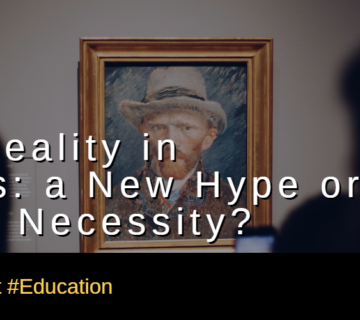 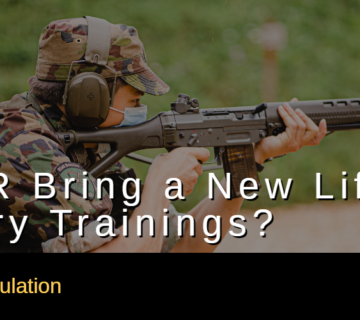